After returning from the Bahamas and before making our way to Maine we hauled the boat so that we could redo the bottom paint and found that the cutlass bearing was worn.  Since the boat was already out of the water we decided to replace the bearing.

There had been several different methods mentioned on various web forums for the removal of a cutlass bearing from an Island Packet.  After trying several I came up with my own method which involved removing the prop, shaft zinc, and then the stern tube.  There are two bolts holding the shaft log to the stern of the boat – the top one is easy to remove – the bottom is nearly impossible to reach.  I was finally able to remove the lower bolt by using a ratchet, an extension, a flexible coupling and another extension, while lying in an extremely cramped space. 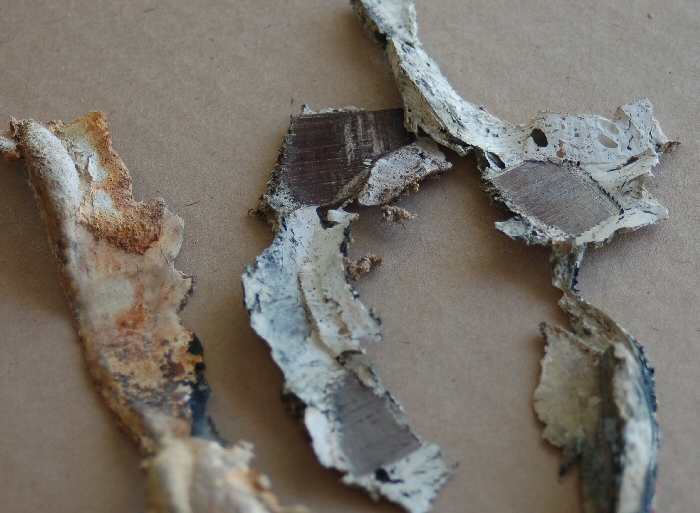 When the boat was made the stern tube was set in place with teak shims and bedded in 5200.  I never wanted to have to deal with the shims ever again so after removing the stern tube I used a thickened mix of epoxy to true up the shaft log mounting flange with the stern of the boat. 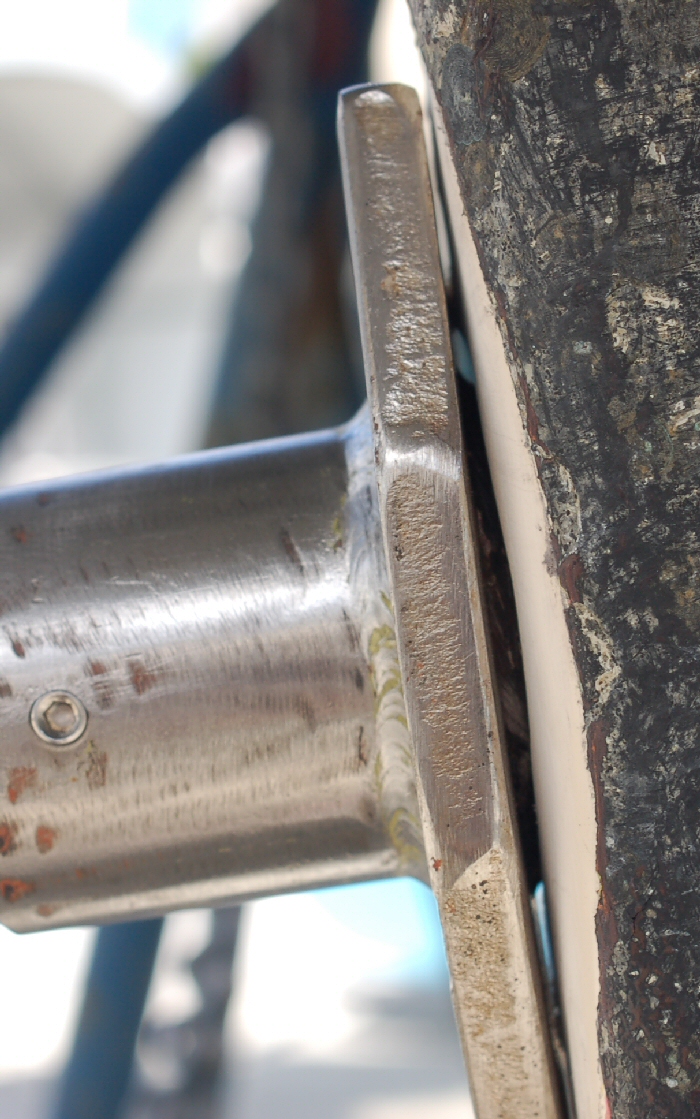 Gap between the shaft flange and stern after removing the old bedding and teak shims. 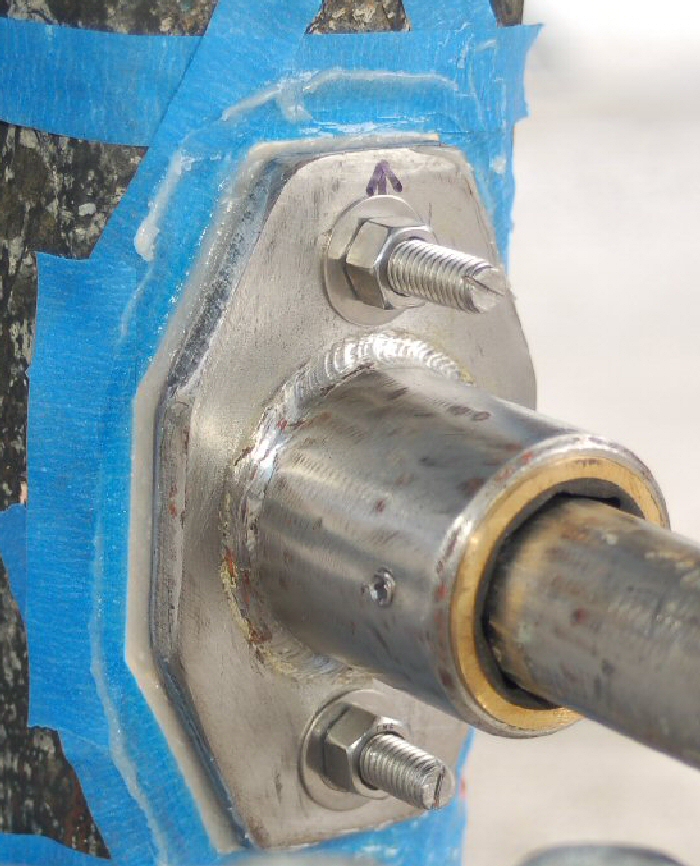 Stern tube bedded in thickened epoxy. I reversed the flange bolts and noted them so that final adjustment could easily be made after applying the epoxy.  I later replaced these nuts with nylock nuts.  The next time the shaftlog has to be removed it will be much easier.  Note the black arrow on the stern tube flange!  The flange has a 2 degree tilt so it has to be reinstalled with the top side up……..

The old cutlass bearing had to be pressed out of the sterntube at a local machine shop and the new bearing also had to be pressed in.  To make the job a bit easier next time I used a brake cylinder hone to clean up the inside of the tube.